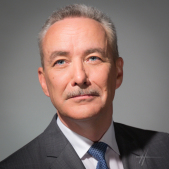 Technology innovation has always been at the heart of Didier Zwierski’s professional journey, from his early years of fundamental and applied research in Nuclear Physics and Neural Networks to his executive and entrepreneur activities.

As CEO and general manager, Didier had several P&L responsibilities with revenues up to 250 million Euros. He was at the beginning of IPTV with Technicolor, delivering the first generations of decoders to Orange in France, and led the American activity of Philips set-top boxes, becoming the primary supplier to DIRECTV in the USA and Net in Brazil.

As CTO and VP R&D, he steered large R&D organizations, achieving the optimal combination of best-in-class technical expertise, business partnerships, and customer focus. His teams delivered innovative products, such as the first terrestrial-IPTV box to BT, the first HD recorder to Canal+ or Philips TVs unanimously recognized for their picture quality and advanced connectivity.

With his own consulting company, FiZ SAS, he had several executive consultancy assignments and contributed to set-up start-ups. He managed one of them, Siligence, as CEO and reached 30M€ revenue with positive EBITDA in its third full fiscal year, delivering leading-edge technology residential equipment to Swisscom and Orange.

His latest position of COO at tiko, a Swisscom and Engie subsidiary, further convinced him that going digital with the combination of smart data acquisition (IoT based) and data processing (using AI technologies) will offer many industries (energy, healthcare, access, insurance, real estate, transportation) the possibility to go for new and disruptive business models, encompassing possibly social and environmental aspects.

During his free time, Didier enjoys alpine and country skiing at wintertime, scuba diving during summertime (he is a certified PADI Rescue Diver) and listening to classical music at home.

Didier holds an engineer degree from Ecole Polytechnique, an M.Sc. in Theoretical Physics and a Ph.D. in High-Energy Nuclear Physics. He is also graduated from the ESSEC business school. He served ten years as an officer of the French reserve army (infantry) and twelve years as a manager of children’s summer camps.

How to reach us